The teen brain continues to develop well into the mid twenties. That’s exactly why drugs and alcohol have a more pronounced effect on teenagers.

Here is a list of what’s out there, names that teens use for them, and the effects. 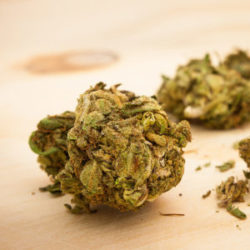 Alcohol remains the #1 drug of choice for young people and alcohol related tragedies are the #1 cause of death for teenagers in the country. Underage drinking is NOT a harmless “rite of passage”:

These “designer drugs” are made of various several chemicals.  They were originally sold in mini-marts and smoke shops with names such as Ivory Wave, Purple Wave and Vanilla Sky.  Contrary to their name, these are not items used in a bath.  They are formulas created by street chemists.  Use of these drugs has been associated with adverse reactions including agitation, paranoia, hallucinations, chest pain and suicidality.  On Sept. 7, 2011, the U.S. Drug Enforcement Administration (DEA) invoked its “emergency scheduling authority” to control three synthetic stimulants — mephedrone, MDPV, and methylone — commonly used in these “bath salts.” The emergency action will remain in effect for at least a year, during which time the government is expected to call for permanent control of the drugs.

Whether in powder or smokeable rock (crack) form, cocaine is a powerful and highly addictive stimulant. Cocaine is sold in a white powder form that can be snorted or injected. Crack is a rock form of cocaine that is smokeable. Currently, cocaine is available in a very pure form. Synthetic forms of cocaine such as crystal methamphetamine (crystal, meth, crank) are also available.

Dextromethorphan is a semi synthetic opiod (similar to morphine) that is found in more than 120 over-the-counter medicines.  These relatively inexpensive and easily available cough suppressants (such as Robotussin or Coricidin) when taken in heavy doses can produce hallucinations, loss of motor control, elevated blood pressure and irregular heartbeat.  Overdoses can cause seizures, comas and death. Young people may refer to the experience as “Robotripping” or “Dexing”.

This is a designer drug that is also known as MDMA. It was originally used as an aid in couples therapy since it produces feelings of love or intimacy. Ecstasy (also called, “e”, “x”, “molly” or “adam”) has both stimulant and hallucinogenic properties; therefore, it has all the same risks associated with these classifications of drugs. Its additional effect of feelings of intimacy may lead adolescents to engage in sexual relationships they might otherwise avoid. Ecstasy is associated with the teen rave scene.

Energy products such as “Red Bull” can contain very high levels of caffeine that can cause adverse consequence including dehydration.  Some studies have linked early use of energy drinks with later use of stimulant drugs such as cocaine.

Also called Ma Huang, Ephedra is a naturally occurring substance derived from plants. Its principal active ingredient is ephedrine, which when chemically synthesized is regulated as a stimulant drug.  Ephedra, especially when taken with other stimulants, is associated with side effects such as heart attack, stroke, heart palpitations, psychiatric and upper gastrointestinal effects, tremors and insomnia. Because of these risks, the FDA has prohibited the sale of dietary supplements containing Ephedra.

There are various forms of hallucinogens available. In general hallucinogens have the effect of heightening and changing sensory input.  Inanimate objects may appear to move or breath for instance, or someone may feel that they can see music or feel a color.  LSD is often sold in blotter format – thin pieces of paper that have been saturated in liquid LSD and can be absorbed through mucous membranes such as the mouth or eye.  Psilocybin Mushrooms (shrooms) are similar in appearance to regular mushrooms and can be eaten or made into a tea.

Like cocaine, there is currently a supply of very pure heroin available.  Because of this purity, today’s heroin can be snorted or smoked as well as injected.  Heroin is a very powerful central nervous system depressant that can suppress breathing and very quickly cause a fatal overdose. It is physically addictive in every form and  can result in painful withdrawal symptoms. Synthetic forms of morphine (such as fentanyl) are also currently available.

These include easily available household products that have a smell.  Users inhale the fumes from these products from the container itself, by putting the product on a rag, or by spraying the product into a plastic bag.  The short term intoxicating effects can result in falls, heart rate abnormalities (sudden sniffing death), and hallucinations/ delusions.  In addition, some deaths are caused by suffocation caused by the use of a plastic bag.

Kratom is derived from a leaf grown on trees in Southeast Asia, where local populations historically consumed it as an herbal remedy to common physical ailments and for energy. It acts as a stimulant when consumed in low doses but as a sedative when consumed in high doses. Some claim it has psychoactive properties and can counter opiate addictions. Kratom is legally sold in the US in certain smoke shops and online.

While not a new drug, marijuana presents some new issues for today’s youth. These include the following facts:

Sometimes referred to as Angel Dust, PCP is a large animal tranquilizer that causes a feeling of “no pain, no presence, no problem”.  Under the influence of PCP, a person may be unable to experience pain and therefore appear “stronger” than they otherwise would. PCP is sometimes put on marijuana and smoked (a “dusted blunt”).

Concern about the abuse of prescription painkillers has risen dramatically in the U.S. Of particular concern is the abuse of pain medications containing opiates, marketed under such brand names as Vicodin, OxyContin, Percocet, Demerol, and Darvon.  The incidence of emergency department visits related to prescription painkiller abuse has more than doubled in recent years.   Death by overdose is a large risk with many of these drugs.  The suppression of breathing can be immediately fatal.  Physical tolerance develops quickly with these pain killers, causing physical dependence and withdrawal side effects when the drugs are stopped.  Other side effects include: nausea, vomiting, constipation and itching.

These sedatives are prescribed for insomnia.  They are highly addictive and can lead to fatal overdoses, especially when consumed with alcohol.  Use of these drugs can cause impairing effects such as loss of motor coordination, anxiety and confusion.  In the withdrawal stage, people can suffer from tremors and seizures.  Withdrawal is also potentially fatal.

These benzodiazepines are prescribed to provide relief from anxiety.  They cause drowsiness and are therefore very dangerous in combination with driving.  They also cause problems with learning and memory. Drug tolerance develops quickly to these drugs—increasingly higher doses are needed to achieve the desired effect.  There is a lengthy withdrawal period when use is discontinued.  Overdose is a risk when these drugs are combined with other depressant drugs, including alcohol.  Other side effects include lightheadedness, vertigo, poor muscle coordination and nightmares.

A perennial herb from Mexico is being sold legally in the United States and on the Internet with no federal regulations.  Salvia can be smoked or chewed and produces hallucinogenic effects in less than a minute. The hallucinations can last up to a half hour.  It is inexpensive, easy to get, and used more by adolescents and young adults than older adults.

This drug is actually ketamine, a small animal tranquilizer.  In addition to its anesthetizing effects, it produces feelings of dissociation and reduced anxiety.  Special K can be purchased on the street in a greenish powder form (often referred to as “bumps”).  It is associated with the youth club scene.

This is the name of synthetic cannabis (marijuana) that is an herbal and chemical product that mimics the effect of marijuana.  It is also sold under other names such as K2.  Use of spice and other synthetic marijuana products has been associated with problem behaviors including the onset of irrational and psychotic-like behaviors. In 2010, the U.S. Drug Enforcement Agency used emergency powers to ban many synthetic cannabinoids.  However, since the formula can be changed slightly to keep it legal, these products may still be available in some communities.

Anabolic steroids are drugs derived from the male hormone testosterone.  The term “anabolic steroids” means muscle-building hormones.  While they have approved medical uses, they are illegal to possess, distribute or use for non-medical reasons.  They also have many side effects including trembling, severe acne, stunted growth, wide mood swings, uncontrolled anger and aggressiveness, feelings of invincibility and paranoia.  Young people who use steroids usually use them to build muscles, not to get high.