We all hear the chatter that’s going around Westchester. You’ve come to the right place to empower yourself and find out more about teenage drinking and drug abuse. And if you have any question, email us at LetsDoThis@PowerToTheParent.org. 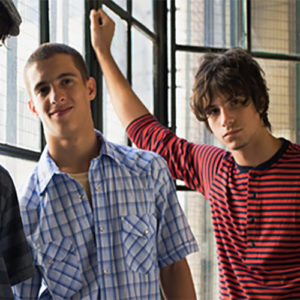 European youth drink and get drunk more than youth in the United States.

There is a perception in the United States that young people from Europe have less trouble with alcohol because their cultures teach them to drink responsibly from an early age. A recent report from the Prevention Research Center debunks that myth. Their study shows that European youth drink more often, drink more heavily, and get drunk more often than American teens. Dr. Joel Grubbe, director of PRC, says “The claim that Europeans learn to drink moderately and safely in a family setting has been used by many in the United States to argue for lowering the drinking age, but our research shows that premise is a myth.” This comparison of European countries and the United States was funded by the Office of Juvenile Justice and Delinquency Prevention of the US Department of Justice. For the full report, go to their website at www.udetc.org.

There is disturbing news about the increase in the amount of alcohol that female adolescents are consuming, according to the trends seen in the Monitoring The Future National Survey results on drug use. The report shows that eighth-grade girls were reporting drinking more alcohol than boys. It is interesting to note that researchers led by David Jernigan of Georgetown University feel that one explanation for this increase is attributable to young girls being exposed to alcohol advertisements in the magazines that they read. In addition, according to research done by the National Institute on Alcohol Abuse and Alcoholism, young girls who have older boyfriends are more likely to use alcohol.

All substances are dangerous for young people to use.

First of all, alcohol is a drug.  Alcohol can have immediate consequences. Alcohol use is associated with all the leading causes of death for young people. Teen drinking can also have life long consequences.  Research has shown that if a teen starts drinking before the age of 15, they are four times more likely to become dependent on alcohol than those who wait until age 21.

Many teens are making the healthy choice to be alcohol-free.

The Monitoring the Future 2016 study reports the use of alcohol by teens has declined in the past several years.  Monitoring the Future is an ongoing study of the behaviors, attitudes, and values of American students. Each year, a total of approximately 50,000 8th, 10th and 12th grade students are surveyed.   Although this is good news, there is still great concern about the level of use of alcohol by teens. The teens who use alcohol are at risk for other consequences associated with drinking.  These include car crashes and other accidents, violence, date-rape, sexually transmitted infections and pregnancy.

Alcohol is a dangerous drug, especially when consumed quickly in large amounts.  The signs of alcohol poisoning are: confusion, vomiting, seizures, slow or irregular breathing, blue tinged or pale skin, lack of consciousness, inability to keep head upright.  If teens exhibit any of these symptoms, do not let them go to sleep.  Seek medical assistance immediately. If a doctor cannot be contacted take them to the nearest emergency room.

Even if parents are at home, that does not guarantee that the teens will be properly supervised and there will be no alcohol and drugs present.

If your child is going to a party or gathering, it is recommended that the parents of the party-giver be contacted to ensure they will be on the premises and supervising the teens.  It is also important to determine whether they are going to be serving or allowing alcohol or other drugs at the gathering.  Parents should ask specific questions because while hosts may say that they are going to be home, they may not plan to supervise the gathering or screen for alcoholic beverages. In fact, parents may be in another part of the house or go to bed before the party is over.  Even conscientious parents may not be aware that teens might bring alcohol that they have hidden in the bushes into the house.

octor cannot be contacted take them to the nearest emergency room.

Allowing teens to drink at your home is risky for many reasons.

It is illegal for you to serve alcohol to any underage person other than your own child.  There are several recent instances where parents have been criminally prosecuted and faced civil suits for serving alcohol to teens in their home.  In addition, research shows that young people who drink at home are more likely to drink in other situations as well.  As a parent, what you permit, you promote.

It may be difficult for parents to spot when drinking or other drug use has become a problem.

Parents may not always know when alcohol and other drug use has become a problem for their teen.  Changes in sleeping and eating patterns, hanging out with a new group of friends, falling grades, and isolating behavior can be signs that there’s a problem.  If you have any questions, call a helping professional at school, such as the Student Assistance Counselor, Project SUCCESS Counselor or Guidance Counselor.