420, 4:20, or 4/20 (pronounced four-twenty) is slang in the cannabis culture for the consumption of marijuana. It refers to cannabis-oriented celebrations that take place annually on April 20. It is also a day for some dedicated to promoting the use of marijuana. 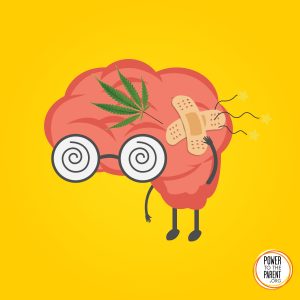 For parents, raising drug-free children in an era of medical marijuana and debates over the legalization of marijuana, the overt marketing of marijuana to young people is one of the biggest challenges of parent-ing today. Never has it been more important for parents to keep their children from vaping and using marijuana. “Normalizing” marijuana use to young people poses real health risks including compromising their developing brain

. Parents can play a very important role in educating their teens about the dangers associated with marijuana use and making it clear that teen use in unhealthy and not acceptable behavior. Encouraging teens to be critical thinkers about the money-making goals of companies marketing marijuana use to young people is a very effective educational tool because most teens do not like the idea of being “fooled” or “used.”

Challenge teens to think about why does the promotion of 4/20 take place on sites and apps like Twitter, Snapchat, Instagram, and You Tube that are popular with tweens and teens. What companies promote the use of marijuana on 4/20? Ask your teen to identify tricks marketers use to disguise what are really pro-motional ads. Also it is interesting for students to learn about the role that “Wall Street” plays in promoting the use of marijuana and to learn information about who is investing in companies that
produce, market, and distribute marijuana.

Why is this year’s 420 different? 420 is April 20th, a date centered around the use of marijuana. Now more than ever, it’s important for parents to talk with teens about not using marijuana. People who smoke marijuana are more at risk for COVID-19 because of its effect on the lungs.

Westchester parents are talking with their teens and setting clear “no-use” rules. Way to go, Westchester!